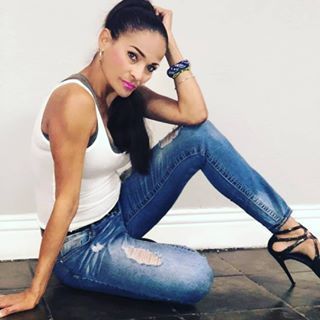 Ms. Flores is widely known in Venezuela as a television personality. She established her career for 25 years working as a principal dancer and choreographer with one of Venezuela’s largest TV networks, Venevision, on different programs such as Dancing with the Stars, Club de los Tigritos, Miss Venezuela, and Mini-Pops. She also worked for Venezolana de Television and Televen, under the direction of Simon Diaz, Dionny, Lopez (Poppy) Vladimir Perez, Mery Cortez, Luigie Robartelli and Joaquin Riviera.

She has choreographed several works of musical theater in different countries such as Venezuela, Mexico, Colombia and USA.

In the US, she has worked for Vensaya Entertainment in California and Yo Si Bailo in Las Vegas.

Ms. Flores trained in classic ballet with Madame Franklin, in jazz and contemporary with Gudelia Castillo, Anita Vivas, Juan Monzón and Sonia Sanoja, and in Flamenco with Los Espanoletos Academy and Roberto Sevilla.